I caught the President’s health care rally on the whitehouse.gov website late yesterday. I suppose this was about two or three days ago. It was held at the University of Maryland. Sounds like it was College Park.

At the end of the rally, the President told the story of how he came up on the campaign cheer, “Fired up! Ready to go!”

Obama credited a councilwoman in Greenwood, South Carolina. It must be Edith Childs, who is listed on the town government website. 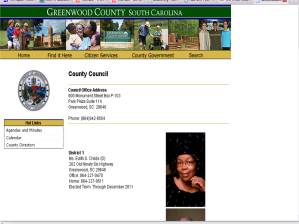 That’s so great! I was really inspired by the President’s story. And more so by the “can do” attitude of the Greenwood, South Carolina Councilwoman.

So I googled on “Fired up” with “Greenwood SC”, and I dunno, maybe a half dozen other combinations. I wanted to see if Edith Childs had a book out or did coaching or some positive-thinking website. A book. You know, like “Fired Up! Ready to Go!” And a subtitle, “Edith Childs shows you how to succeed in life with the right attitude.”

Some people might be cynical and look at that as cashing in, but to me it seemed perfectly appropriate. Even if it’s a small advice book.

So it goes to show that there are still many Americans out there that get involved and do their part. And even if somehow they get a little fame for it (like inspire a future President), it’s just all in a days’ work.

Other links to Obama’s speech [Edit: a similar one in Minnesota!], here (visual) and here (text)