I wanted to make some Powerpoint graphs. A good part of young America wastes hour after hour making these stupid things in corporations back home, so I thought I would give it a shot myself!

First is: how foreigners and disenfranchised Japanese get treated. (Click for a larger view.) 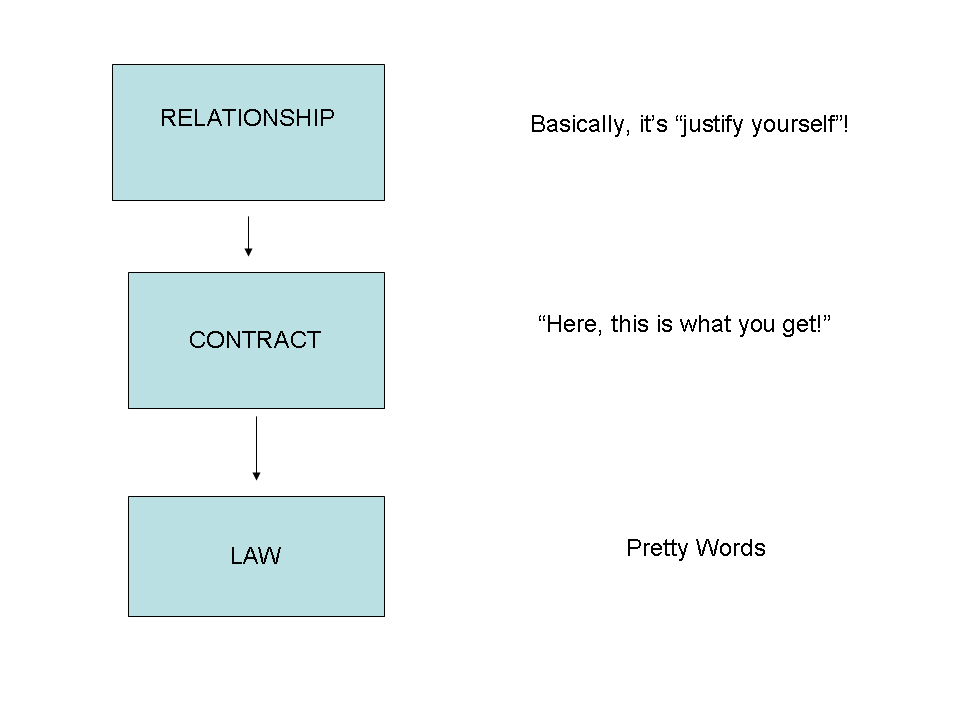 This is what General Ed Rice and the U.S. defense and state departments are being handed by the Hatoyama Government. The thing that we expats who aren’t part of the Pacfiic Elite know very well already.

This is, that the Japanese really have no fidelity to law when it comes to non-Japanese. They don’t even honor contractual terms that favor non-Japanese. In the end, it’s “who are you that we should have to honor our commitments?!” This is what General Rice, and by extension, President Obama are being told by the new government. Hatoyama is basically telling Obama to stick it where the sun doesn’t shine. In that “moshiwake gozaimasen” sort of Japanese way.

Remember, before Commodore Perry there was Commodore Biddle. I’ll blog about that in November if you don’t know story of Biddle.

Now, how the enfranchised Japanese go about it: 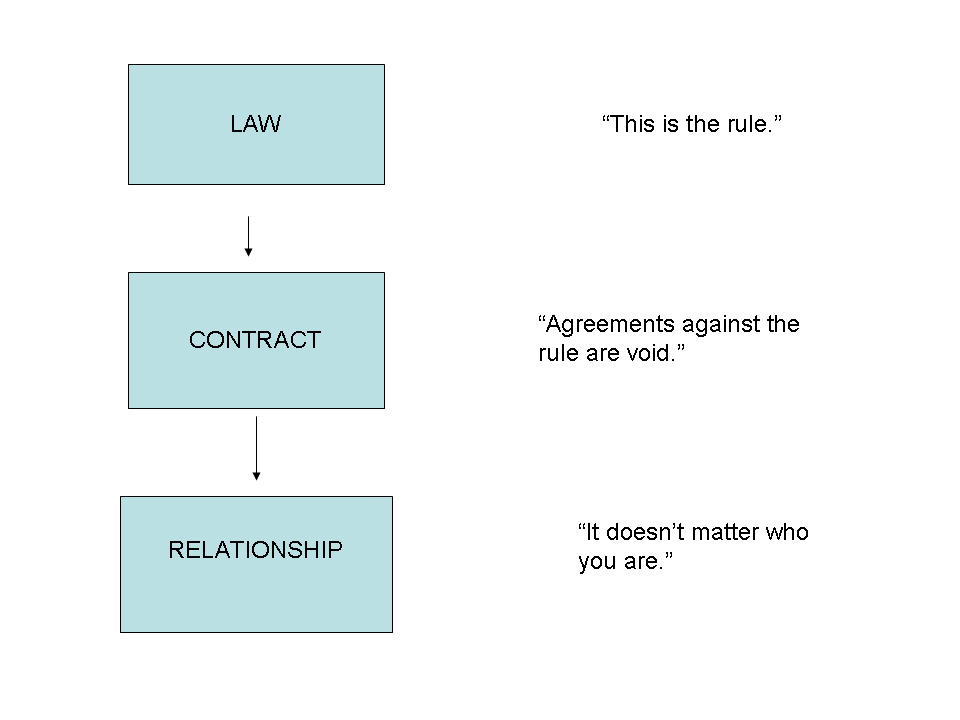 Notice the difference in the second chart? Law and Relationship status have replaced each other. In the situation that powerful Japanese treat each other (and outsiders who they want something out of), then whatever has been agreed to before is the thing that governs. “Our word is our bond.” Like that.

Now of course if this situation is in the negative (meaning the topic is something where the law works against someone of the group), then the charts invert. A law that works against a foreign person will be treated as if it came down from the high heavens.

Now, remember what I blogged before: the everyday Japanese are extremely nice people. In fact, I think that the attraction many non-Japanese have to Japan is the number of truly wonderful people, and friends, that you can make if you are willing to be a part.

So this phenomenon is coming from people who acquired power and never quite learned the responsible way of using it. I think, in fact, it’s a major flaw of Japanese society. Whatever is going on, people aren’t taught how to use power. I suspect the senpai system is at heart in this, but I just continue to look further.

There you have it, though. I will give you two examples when I get a chance.

[P.S. Although you can see the same kind of thing go on in America, I thought MacArthur and the Japanese basically agreed that the lower chart would apply to everyone! That was one of the agreements made to give the country back.]