If you have been around Japan any amount of time, or a just a Japan history aficionado back home, you have probably read about the Perry Expedition of 1853 to open the “closed country” of Japan to international relations with the Americans.

As the short story goes, President Fillmore, one of the Whig presidents, decided it would be a good idea to open trade with Japan, which at the time had limited contact with other countries under the policy of sakoku.

So the president sent Commodore (Admiral) Perry with four steam ships to Edo Bay to deliver a letter requesting diplomatic relations between the young United States and the Tokugawa Government.

The four ships, which came to be known as the Kuro Fune or Black Ships, were state-of-the-art military craft that made their way to Japan via the South African Cape and Indo-China seas to deliver the message. They arrived in Edo Bay (modern day Tokyo Bay) on July 8, 1853.

The short history describes the Japanese as being shocked that this fleet had suddenly appeared in the harbor. And particularly more so, that the fleet was steam powered and packed quite a set of cannons. In reality, the Tokugawas knew all about this from the Dutch traders–one of the few foreign groups that were permitted trade concessions through the Nagasaki man-made port of Dejima.

For whatever else, the Dutch apparently liked to gossip about the Americans, and so had told the Japanese what the Americans were capable of at that point, and to expect them to show around Japan as a result.

As our nation continued its Pacific trade and excursions, it also turned out that some of our commercial seamen were washed up on the shores of Japan. Where they were usually badly treated due to this policy of sakoku. (Many times they were just killed.)

So the administration in Washington felt it was prudent to negotiate some kind of treaty with the government of Tokugawa Japan.

But what you never learn in the short story, is that America had had previous naval contact with the Japanese. And in these earlier cases, the result was not very pleasant.

As one example, in 1846 Commodore James Biddle was sent on an expedition by President Polk to do the same thing Perry sought under Fillmore seven years later. But with Biddle, failure at the task came with a humiliation as well:

By the time of “Tippacanoe and Tyler too,” American naval operations had become so far organized that there was an “East India Squadron.” The United States ship of the line Columbus and the Vincennes reached Yedo Bay in 1846, but were at once surrounded by socres of armed boats. To the polite letter of President Polk, an answer of impudent defiance was returned, and Commodore Biddle was insulted. While in full uniform, stepping from a junk, a common Japanese sailor gave the American chief a push which landed him unceremoniously in the bottom of his own boat. Japanese officers promised to punish the man, but nothing was done, and the American ships went away. The immediate result was that the American shipwrecked sailors–who were no indeed always of the loveliest disposition–were more cruelly treated than ever. One of them, on threatening possible vengeance from American men-of-war, was sneeringly told that his government could care nothing for poor seamen, for a Japanese boatman had insulted even an American admiral, and had not been made to suffer any punishment.

Basically, when Biddle tried to deal with the Japanese, he got beat up. And the incident emboldened the Japanese just to be more abusive to any Americans they came across.

You hear a lot about Perry, of course. But nothing about Biddle.

If you know about Biddle, it’s clear why Perry showed up in top-class military vessels of the time. And why he wasn’t going to be diverted to Dejima Island when he had a communication from the President that was meant to be delivered in the Tokugawa capital to an official of appropriate rank. More about that in a bit.

Do you know about Captain Glynn? Different mission, but same kind of inhospitality. (Page 743 of the Harper’s link.) Glynn was sent to Nagasaki to retrieve shipwrecked Americans who landed on the shores of Kyushu. In the harbor, he was harassed by smaller boats, and spent about two weeks negotiating with the local governor (the only person Glynn would deal with) before the surviving Americans were released.

So in two prior instances before Commodore Perry, the Japanese were basically screwing around with America. Like it was some kind of big joke. 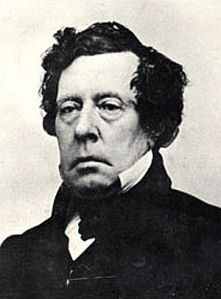 So that’s why the Kuro Fune came loaded to the teeth with the best America had. And why Perry was under no circumstances going to be pushed around by the Tokugawas.

Perry intended to deliver Fillmore’s letter, and as one website explains,

“The Commodore will not go to Nagasaki,” Adams read. “If this friendly letter of the President to the Emperor is not received and duly replied to, he will consider his country insulted, and will not hold himself accountable for the consequences.”

I believe Defense Secretary Gates recently used this same “will not hold himself accountable for the consequences” about the Futenma relocation when the issue heated up last month. I have to check on that, but I’m fairly certain that’s what I heard. Somebody must have read their history in the Defense Department.

Perry also insisted that he meet with an official of the Shogunate who was a high enough level as he was, to accept a letter from the President of the United States. (That is, no just dropping it in a boat or raft and have the rope haul it back to shore.)

As the story goes, the Tokugawa Japanese were not about to cave in on everything to Perry, so they came up with “Prince” Toda Izu. I think he was the equivalent of a minor shogun or mayor of Uraga, an outlying area of Edo. But the Perry Expedition was told that he was some great prince of the Shogunate. (So, tell us anything. Right?)

Given the situation as it was, Perry wanted the mission completed, so I don’t think they bothered with the due diligence of finding out how accurate Toda’s resume even was. (You see that go on a lot today, too!)

Toda Izu got the letter and Perry and the ships sailed away.

The Tokugawas decided later that they should make a treaty with America. It’s not clear if they were so much impressed or intimated by the appearance of the Perry fleet as that they knew from the Dutch that they would probably have to make a treaty with one of the Western powers sooner or later. And America was the best choice. Particularly, that we usually said what we wanted and didn’t have ulterior motives.

You can bet that when Perry returned the next spring for the answer, the first person they wanted to hook up with was “Prince” Toda Izu. And as it goes, Prince Toda was probably nowhere to be found (since he really didn’t have any power.)

I can just imagine the conversion:

Perry: “Perry here. We’re back and we would like to meet with Prince Toda Izu!”

Perry: “Hey, wait a minute! No, no! We want Toda! He’s our guy. Remember? From last year? Somebody high up, like Toda!”

For expats here: how many times do you get handed a “Prince Toda” to speak with you about things?