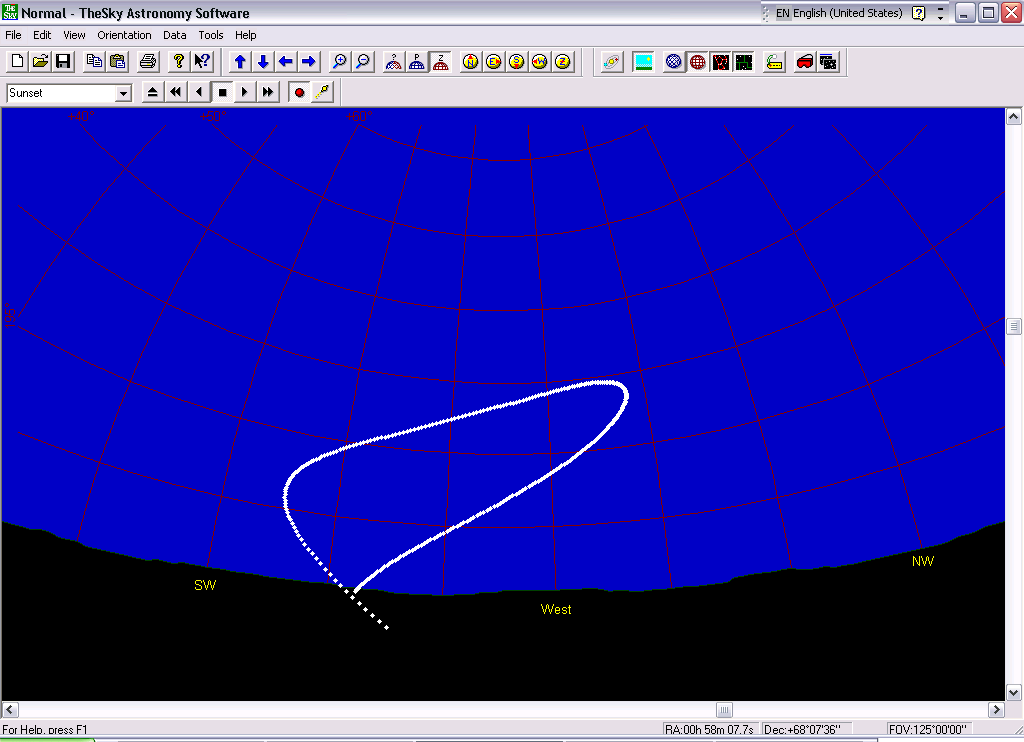 Using my trusty “The Sky” software from about 10 years ago, I was able to trace out the pattern of the planet Venus at a series of sunsets during 2010.

Each dot represents the location of Venus in the evening sky at sunset. It looks like it is a right-to-left tracing, following the sun northward as winter moves to spring and summer, then southward later in the year.

What you see as a bright object right now in the evening sky is Jupiter. It is getting ready to go behind the sun (from our perspective!), and so it’s just by chance that it is out there in the sky around where you would expect to see Venus.

It takes almost exactly five Earth years for Venus to make eight trips around the sun. So as a result, there are five basic patterns, like that one I show you above, when Venus appears in the evening. This one, which I call the “third”, is the least impressive, since the planet never really gets much above the 30 degree mark above the horizon. You can run “The Sky” software back to say, the 1400’s, and see a very similar pattern. (Probably the observers of those days were equally disappointed.)

I think the next, 2011-2012, appearance will end with a Transit on June 6, 2012. If you have right protective eyeware and a sunny Tokyo sky, you can spend the afternoon that day watching Venus cross against the disk of the sun. This is something that only happens twice every 120-or-so years. Again, it has to do with this five Earth years being almost exactly eight Venutian ones, plus how Venus is angled in its orbit compared to Earth.

Somebody out on the net probably has a much better explanation. I just like to watch the solar system doing its thing, through players and patterns set in the skies millions of years ago. 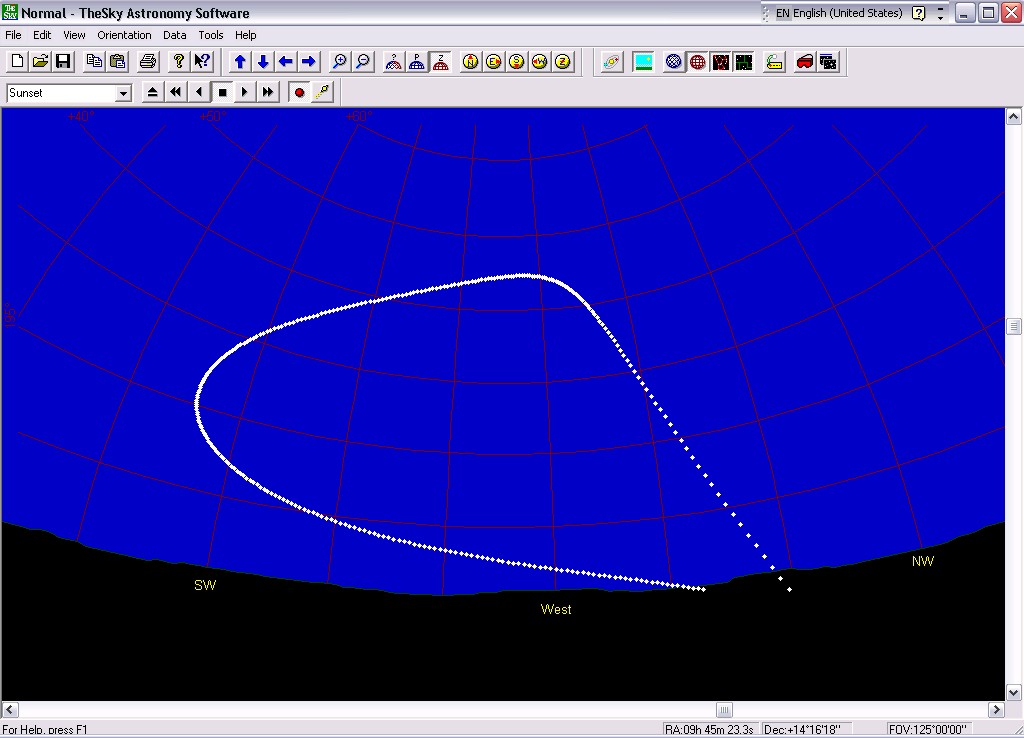