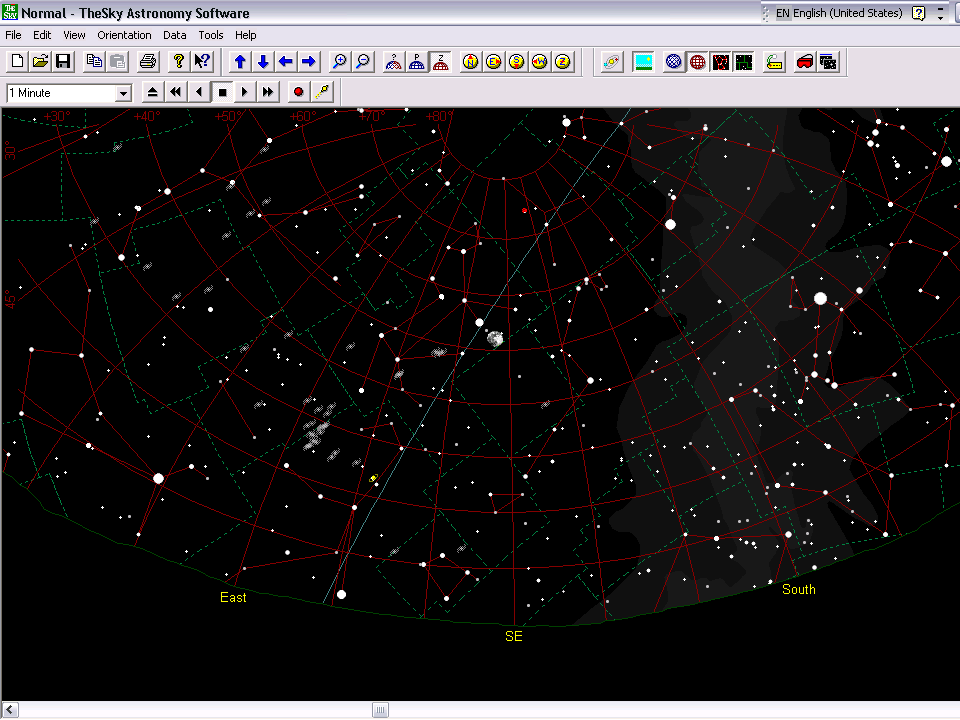 No sooner do I post about Venus as an evening star, then I see a piece on Yahoo on the Full Moon, and how it is the brightest one of the year (14% brighter than normal). This is due to the fact that the Moon is close in its orbit to us at the moment. And over the next couple of days, it is passing by the Planet Mars, from our perspective. (That’s the red star you see near the Moon.)

I think it’s also a “Blue Moon“, at least here in Tokyo, since January already had a full moon here on the 1st. In modern times, the second full moon in a month is designated the Blue Moon, from the expression in America “once in a Blue Moon”. This would be once every couple of years (so, not frequently).

If you check the wiki, though, you learn that prior to the mid 20th century, the Blue Moon was actually the fourth full moon of a season, not the second full moon in a calendar month. It was somebody’s screw-up around 1946 that changed the definition of which moon was blue.

They blew it. (Wacka wacka.)

As the Moon is trying to rip the Earth’s oceans away from it (as well as the crust), I wonder about what they say about people acting strangely because of full moons. Why would it happen all at once? Tomorrow night (what you see in the picture), it’s at 97% of full.

Wouldn’t it be affecting things for several days?