Just one more pass by this topic before it’s on to something else.

I mentioned that the Japan Times reported that Minshuto (the ruling party) is looking to come out with proposals to change the pension and health care system before the Upper House general election in July. The target date is the end of May. 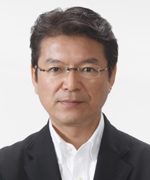 I visited Labor and Health Minister Akira Nagatsuma‘s website “Naga TV” (Japanese) to see if there was more information about the study group who will be doing the research and planning.As I’ve been saying, Nagatsuma-san is probably the one man who has been stuck with all the critical work Japan needs to do to make its economy and standard of living better. While the other ministers go around doing whatever they are doing (which to me looks like a lot of posturing and general screwing around), Nagatsuma is the responsible adult of the pack. Even though he’s the youngest, I think.

So the group is called the Committee to Research the new Pension System (新しい年金制度に関する検討会). If you Google on this you maybe get 308,000 hits, with the top ones right on the mark.

I have no doubt that a new pension system will be put into place. Once that happens, this division between Shakai Hoken (employer pension and health insurance) and the national programs (kokumin nenkin and kokumin kenko hoken) will break down. Everyone will be in the pension system, and inevitably, everyone will be in a regional health cooperative. Both paid for by general taxes.

This is why the people put Minshuto in. I’m sure it wasn’t for money scandals (Hatoyama and Ozawa) or anti-Americanism (Fukushima Mizuho, Ozawa) and to make Obama’s job just a little more difficult than it needs to be (anyone having anything to do with the Okinawa matter).

So please pay attention to what the Labor and Health ministry and Mr. Nagatsuma are doing. This is the critical work.