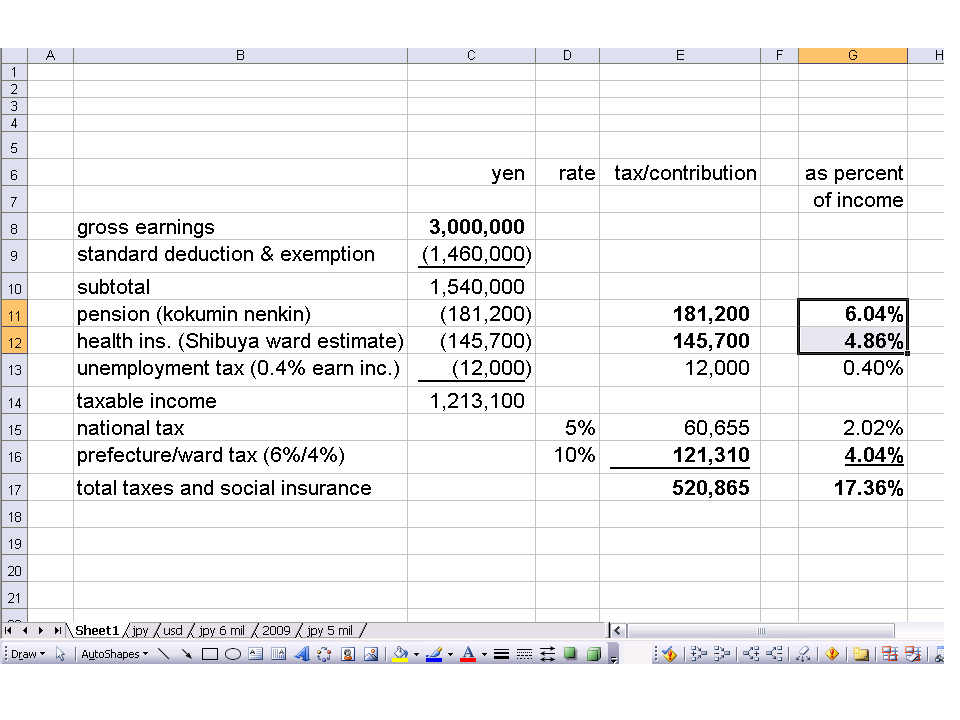 I promised myself I would update this example from last fall, once I saw the new Shibuya Ward NHI figures, and the new kokumin nenkin payment amount for 2010.

This number is “all in” for somebody over the age of 40. You don’t pay the long term care portion of the NHI if you are under 40.

I want to point out that the combined health insurance and pension is just shy of 11% of the gross. If the same person were in Shakai Hoken, they would be having approximately the same amount withheld. Except, more would go to pension.

People seem to feel that they are ahead by not paying these. However, given the tight [i.e. slack] labor market, you can easily make the case that the employers just mark down the offering wage–since no one pressures them about enrolling English conversation staff as the law (and international treaties! – * ) require them to do.