St. Joseph’s Church in Raritan, New Jersey is going to be celebrating its 100th anniversary next year. It turns out, that my mother recently showed me a publication that was put together for the 50th anniversary of the parish. 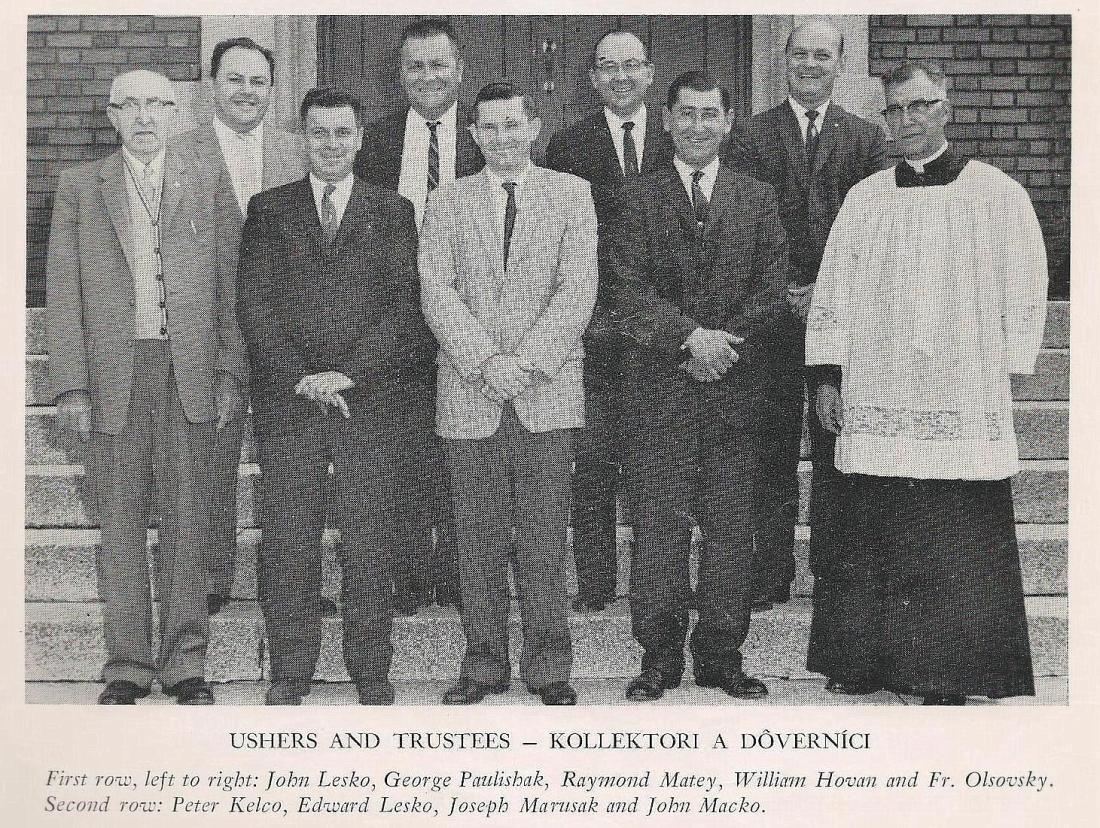 The man to the far left is my great-grandfather, John Lesko, who is also great-grandfather to some of the Basilone family in Raritan. The man on the far right is Father Joseph Olsovsky, who had served the parish for several decades in the middle of the 20th century.

My great-grandfather served the church as a trustee for about as long as Father “Joe” was around, and then some. In the above picture, Zeddo is 82 and Olsovsky is maybe 62. I don’t know for certain, but I think they helped keep the parish going over the many years, because it had a rough start out, as Raritan’s Slovak-community-orientated Roman Catholic parish.

Father Olsovsky passed away in early 1979. I think by then the old community in Raritan who remembered him had, as the obituary said, moved to different places (although I think that “different place” was nearby, newly-developing Bridgewater, Hillsborough or Branchburg.) By the time I was a young boy, Father Anthony Pluta had come to the parish from Mary, Mother of God in Flagtown, NJ.

[Note: Father Olsovsky left the parish in 1966, as far as I can research online. But he was indeed the priest to baptize me in 1965.]