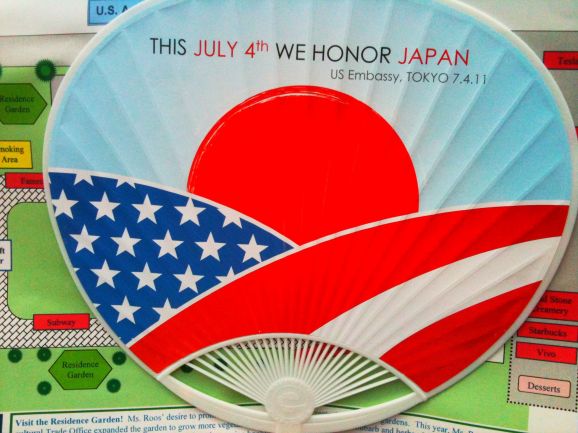 This picture is shamelessly lifted from the Japan Today “Picture of the Day” (credit Kamasami Kong), and appeared yesterday.

Comments were made that the American flag looked like one tectonic plate folding under the other, the same geological event that caused the March 11 earthquake.

I’ve mentioned before how there are a handful of westerners around Tokyo who take shots at America, virtually whenever they get the chance. That was along this line.

Do you see a seismic plate? Neither do I.

[Update: Frankly, it reminds me a little of this.