It is at the New York Times.

[Update 8/27/11: The storm tracked up the East Coast in traditional tropical storm fashion. For the Lancaster County PA area, it turned out to be a relatively mild summer occurrence. The local airport’s weather station reported some tropical-storm force winds, and, of course, there is a lot of rain. But the worst was east of us, as the weather people have been saying all weekend.]

[Update #2: Already, we have a conflict between what the Weather Channel says is the duration of the hurricane, and what the Times has posted. 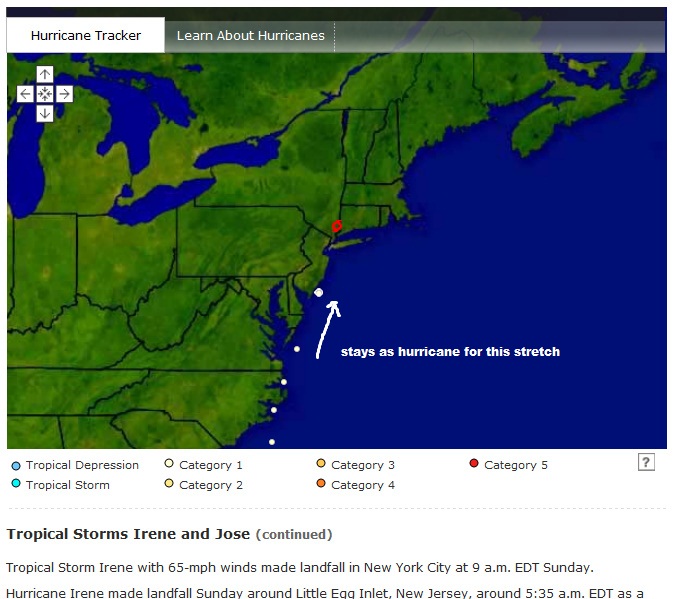