As I mentioned on Twitter, my website within WordPress is being hit by a bot, creating “referrer spam”. You know, just the other day I was showing off the new WordPress World Stats, as I call them, and surprised that Japan still ranked so very high. My own country was there, too, of course. But second was Japan.

Well, this is still true in a way. 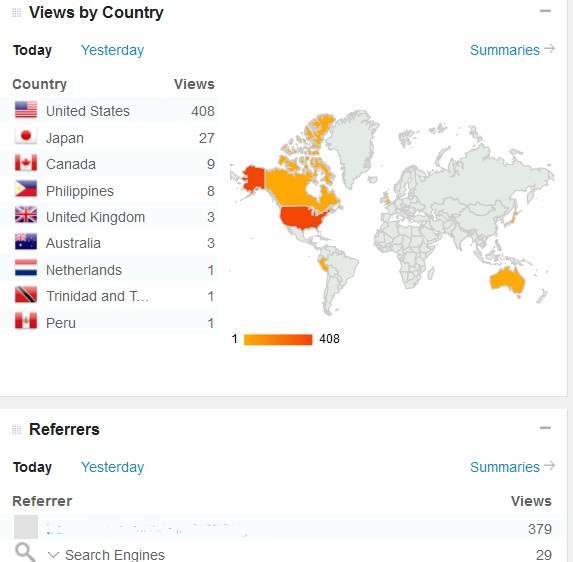 At first, I was really alarmed by this. But then I did some online reading, and it’s a rather common thing. WordPress, in fact, said not to give the specific domain; but that they would, in short order, deal with the nuisance. (This is why it’s blanked out in the screen shot above.) I suppose it’s because, while it affects my little world greatly, it is a gnat on the rear end of WordPress, which is getting tens of millions of hits a day. The blog address’ middle name, after all, is “WordPress”. So it’s not so much an attack at me, as one directed to the WordPress site, which is #18 worldwide. They are probably using it to figure out who the original instigator(s) was/were.

I can give them a clue: it’s probably the same source as the five e-mails (that landed in the Akismet spam bucket) that were sent to me via the Tor Anonymity Network, which is not as anonymous as people think.

I wouldn’t rely on computer and internet “tricks” to do things that are totally stupid. As the recent bust of some of the larger hacktivists showed, the people doing the watching over these systems never let on what they know. In that Blogger Kei federal court case, who is to say what IPs Google will be presenting? Who is to say that the Japanese don’t track every computer connection or IP that logs on to an anonymizing network? (Doesn’t it seem like that’s the kind of thing the Japanese would do, ne?)

My own approach is to look at circumstantial evidence. When suddenly it looks like someone is screwing with you, you need to go back to the ultimate source. It’s like what the U.S. government allegedly told the late dictator of North Korea, when he was still around: “if any loose nuke goes off, it’s you.” 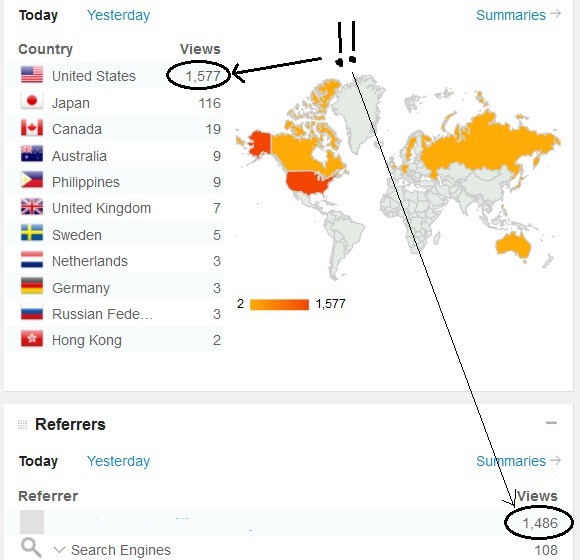