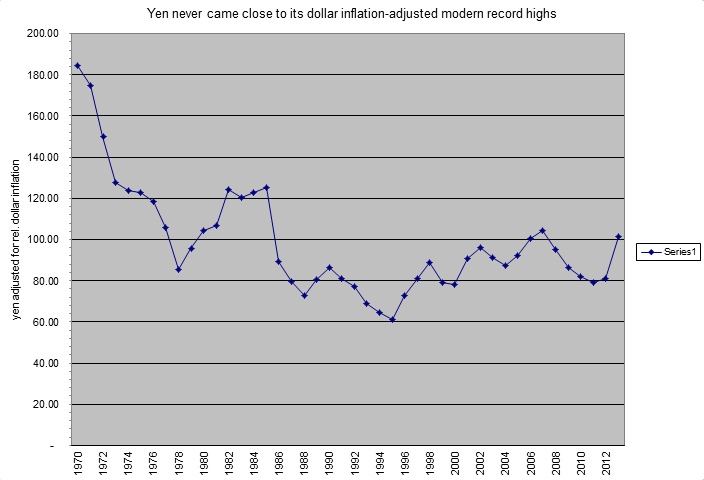 As is clear from this chart of annual averages, adjusted for the difference between USD price inflation and JPY inflation.

On the other hand, the Japanese yen mostly inflated in the 1970s, and the JPY price level is about three times higher than in 1971. Inflation has barely moved since the 1990s in Japan.

So when people talk about “records” and “historical moves” when they talk about the yen, they should really include the fact that most all the major currencies have inflated (become less valuable) in their domestic markets than has the yen in its.

The move from 80 yen to 100 yen in the past couple months is pretty noticeable. But it’s not that unusual. And it simply puts the yen about mid-way through its Plaza Accord correction of 1985.

It is not a cheap yen yet, just one that is below the post Plaza Accord, inflation-adjusted levels.