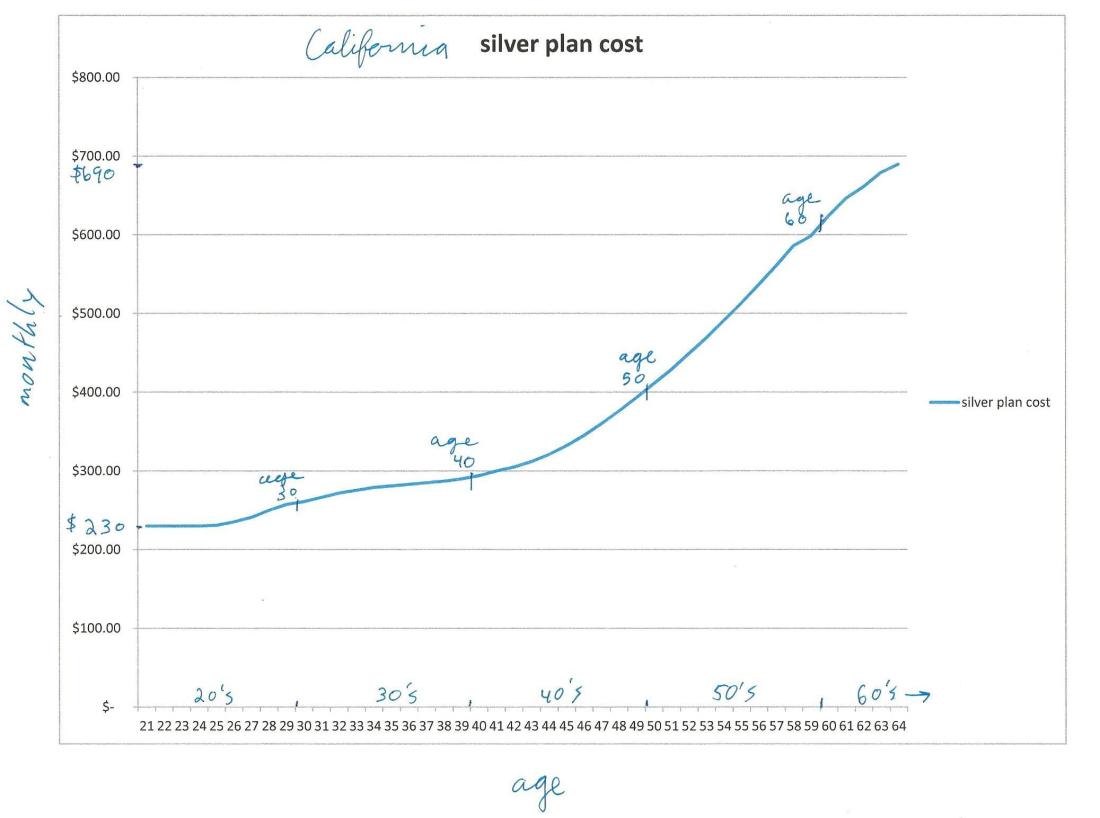 According to Covered California‘s handy calculator, prices will start out like this in January 2014. The basic Silver Level policy (70% coverage) will start out at $230 for a single person aged 20, and progress—per federal regulation—to a high of $690 for someone in their early 60s.

(The same policy can be no more than 3 times the cost at that age than one for the younger person.)

What will the prices be in other states? We can only guess right now. But: California has one-in-ten Americans, at least. How far off can $376 a month be from what it will cost elsewhere?

And consider: the Obamacare credit would apply to practically all Americans. (Most people earn UNDER 400% of the federal poverty level.) So California’s calculator is ideal to anyone in America who wants to know the big question: what will it cost me?

[Update: The New Republic on the California plan.]